Check out NHL Picks including betting analysis & betting advice from Bookmakers Review expert NHL handicappers. BMR features NHL Predictions, NHL Best Bets, NHL Picks of the Day, and more! To find a trusted sportsbook, view the top online sportsbooks recommended by BMR, or the list of all betting sites which is updated throughout the year. Please also review the NHL betting odds page that provides up-to-the-minute odds from multiple sportsbooks.

Hurricanes vs. Stars Picks and Props for Wednesday Night: Value for Goals in NHL Heavyweight Clash

NHL Parlay at +460 for Tuesday: Lay the Juice for Today’s Parlay 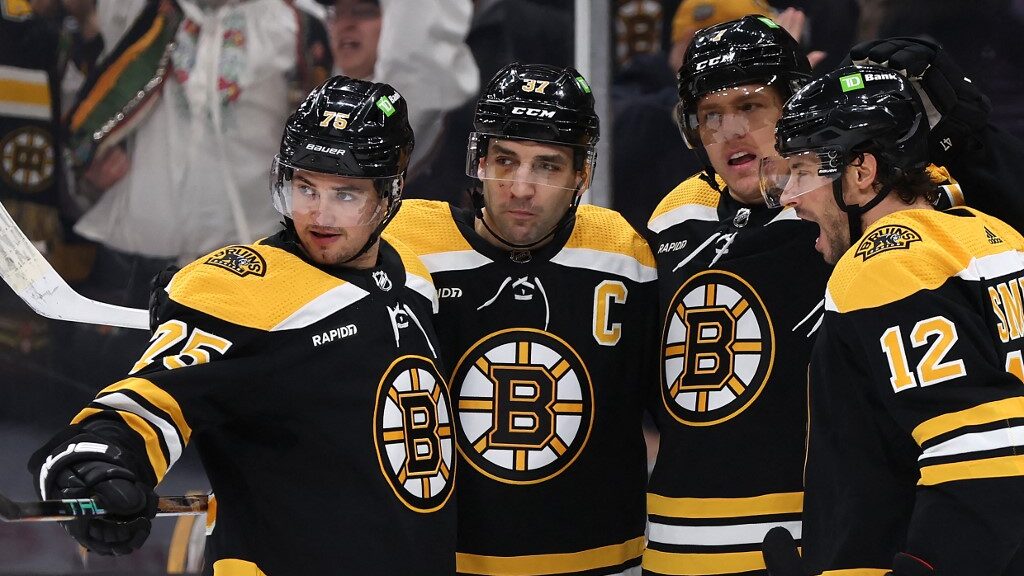 Senators vs. Penguins Picks & Prediction: Nothing Sweeter Than a Repeater for Ottawa

NHL Player Props Best Bets: Alex Ovechkin to Get Back on the Scoreboard 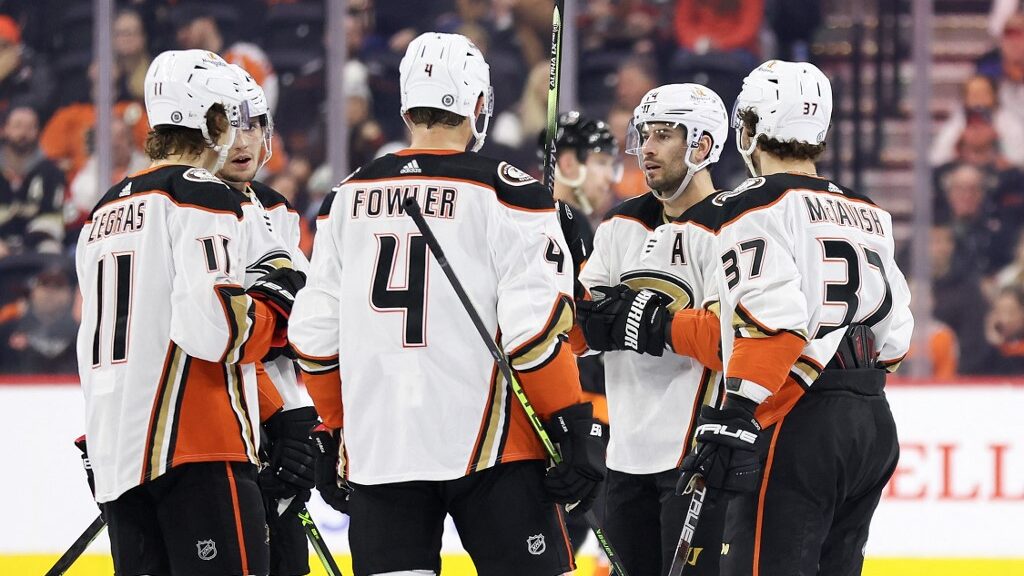 Ice hockey is the fastest game on earth with blistering slapshots reaching speeds of well over 100 miles per hour while skaters are whizzing around the ice delivering bone-crushing checks. And the best players in the world gravitate to one league, the NHL, which makes it a fascinating game to watch and an exciting sport to bet.

And if you are new to betting hockey, we have everything you need to not only get you acquainted but consistently provide you with insights from top handicappers who reveal their NHL expert picks on every game throughout the hockey season. These free NHL picks are found exclusively at Bookmakers Review (BMR) and we also have a list of the top online sportsbooks rendering up-to-the-minute NHL odds on every game on the board.

Getting to Know the National Hockey League

The global pandemic has disrupted all of our daily lives and the world of professional sports is no exception. The NHL had to halt play during 2020 but ultimately resumed four months later with a truncated schedule and a postseason that ended at the end of September instead of the middle of June. When the dust settled, the Tampa Bay Lightning were crowned kings of the NHL and brought the franchise’s second Stanley Cup home to their adoring fans.

But the following season saw changes to the schedule with another abbreviated season, although one that didn’t have nearly the same seismic changes as the year before. Moreover, the divisions were reshuffled geographically and the schedule was created so that the teams would play each other two or three times in a row at the same venue to minimize travel and keep all parties as safe as possible from the COVID-19 epidemic.

However, the steps taken to promote the safety and welfare of the players and personnel reaped unexpected benefits. Old rivalries were rekindled and thus spawned the North Division consisting solely of Canadian teams. There are also the East, Central, and West divisions with a total of 31 teams where the greatest players on ice reside. The Seattle Kraken will become the NHL’s 32nd team entering the 2021-2022 season and these temporary divisional alignments will most likely return to the previous format. As of the 2020-2021 season, the divisions are as follows:

How to Bet Hockey

There are two ways to bet your NHL picks and the first we will discuss is using the moneyline. This is simply picking the team you believe will win the game. Let’s not forget that NHL games do not end in ties which means you must be aware that if the game is tied at the end of the third period there will be a five-minute sudden-death overtime session and then a shootout round(s) if the game remains knotted after overtime.

The NHL odds on each game are set by the various online sportsbooks you can find right here at BMR. The bigger the disparity in talent between the two teams, the larger the line will be on the favorite. A typical hockey line would be as follows: Tampa Bay -150 vs. Detroit +130. NHL lines are always based on $100 wagers so if you wanted to bet on Tampa Bay you would have to risk $150 to win $100. However, if you believe Detroit will win then you would risk $100 to win $130. A minus sign signals what you must risk while a + sign informs you what you will win.

The second way you can wager is by making your NHL picks against the spread. Some call this a “puck line” meaning the favorite will be -1 ½ goals while the underdog will get +1 ½ goals. In this case, because the underdog is getting what could be a crucial 1 ½ goals, you will likely pay a premium for this bet in terms of the vigorish (bookie’s commission) but you will pay much less or even get money back if you win when laying the 1 ½ goals with the favorite.

Lastly, bettors can also include totals, commonly known as over/unders. This is simply betting whether the combined score of both teams will go over or under the number set by the oddsmakers. You can often find NHL score predictions right here on this page where some of our handicappers prefer betting totals.

An example would be a total set of 5 ½ in a game between the Lightning and the Red Wings. If the combined score is five goals or less, those betting under 5 ½ would win their NHL picks for that particular wager while those betting over 5 ½ would lose, in this example.

But regardless of how you play, you can be certain that the best NHL picks can be found right here by our expert handicappers. These free NHL picks are found every day throughout the hockey season so make sure to visit this page as part of your homework before you place a bet and see just how often their hockey predictions come true!

In the 2020-2021 season, the top four teams in each division will be eligible for the playoffs. That means 16 teams will be vying for the Stanley Cup and the increase in intensity is palpable in the postseason. And don’t believe for a moment that just because the regular season is over that our NHL experts take the rest of the year off. No way, no how, because this is prime time to make money and nobody does NHL playoff predictions better than they do!

Also, be sure to be on the lookout for their free NHL picks and parlays which can run the gamut from moneylines to puck lines to totals. In addition, when the postseason arrives there are eight individual series that can be wagered on in the opening round and these are often the best NHL picks that can be made because our experts have had an entire season to size these teams up and evaluate how each will fare against each other in a best-of-seven game series.

And if just picking the winner of a playoff series doesn’t get your pulse racing, then you can also read our top-notch cappers’ NHL predictions regarding how long each series will go. Yes, you can bet on that too as the best online sportsbooks, found right here at BMR, all deal odds on every possible series outcome.

For instance, if the Colorado Avalanche play the Arizona Coyotes in the first round of the West division playoffs, there will be eight different possible outcomes with the greatest odds on the underdog Coyotes sweeping the heavily favored Avalanche in four straight games. The other seven possibilities are the Coyotes winning 4-1, 4-2, 4-3 or the Avalanche winning 4-0, 4-1, 4-2, or 4-3. Because Colorado is favored, the odds of them winning in any of their four successful scenarios will yield much shorter odds than the Coyotes winning in any one of their scenarios.

What Makes a Good NHL Handicapper?

We often encourage doing your homework before making your NHL hockey picks but the best NHL predictions are often borne of studying several factors. First and foremost, you must examine how each team is playing and evaluate a block of their last five games to get a feel for how each is likely to fare in the matchup you are handicapping.

Teams that roster several rookies will often see the first-year players tire as the season grows longer because they have never experienced the grind of an 82-game season. That takes its toll on players as young as 18-years-old but the more mature teams have been through it and can often take advantage of their opponents’ youth and inexperience when the season winds down.

When formulating your hockey picks you must also consider recent injuries. Some of these are game-time decisions so make sure to keep up with who is playing and who is sitting on a nightly basis. One of the unique aspects of making NHL predictions is making sure you know who is in goal before you make your wager.

Unlike the NFL, where the same quarterback is virtually guaranteed to be playing every Sunday, barring injury, goalies in the NHL platoon because playing a starter for 82 games would be tantamount to disaster. It is simply too great a workload so it is imperative you research which goalies will be between the pipes when you make your NHL picks.

Also, betting hockey is like betting any other sport when it comes to reading the injury report. Never assume all of the players will be in uniform when you make your NHL picks. Imagine betting a heavy favorite only to find out their top two goal scorers have been scratched from the lineup and the backup goalie will be used. Naturally, the odds would change drastically but remember, when you make your NHL predictions and put in your NHL picks, you are locked into those odds. There are no refunds and no getting a second bite at the apple.

Lastly, make certain to listen to other perspectives. Read what our experts are saying about all of the games and consider whether you have considered everything before placing your bets. Nobody is perfect but if you understand that not every game on the board is worth playing and whittle your NHL picks down to a chosen few, then you are likely to have much more success over the long haul.

Successfully handicapping games over the course of an NHL season takes patience, and due diligence, but when you learn the strengths and weaknesses of each team and how they match up then you will be on your way to making money while watching the greatest sport on earth!