Check out our NCAAF Picks including betting analysis & betting advice from Bookmakers Review expert college football handicappers. BMR features NCAAF Futures coverage during the off-season. To find a trusted sportsbook, view the top online sportsbooks recommended by BMR, or the list of all betting sites which is updated throughout the year. Please also review the NCAAF betting odds page that provides up-to-the-minute odds from multiple sportsbooks.

Clemson vs. North Carolina ACC NCAAF Championship Betting Preview: This Is for… a Dwindling Number of Marbles 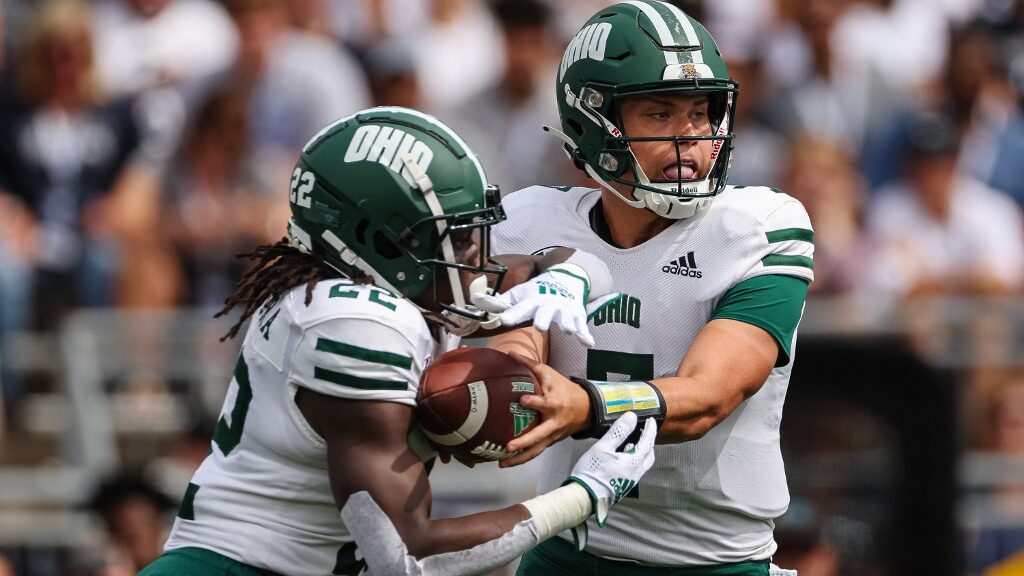 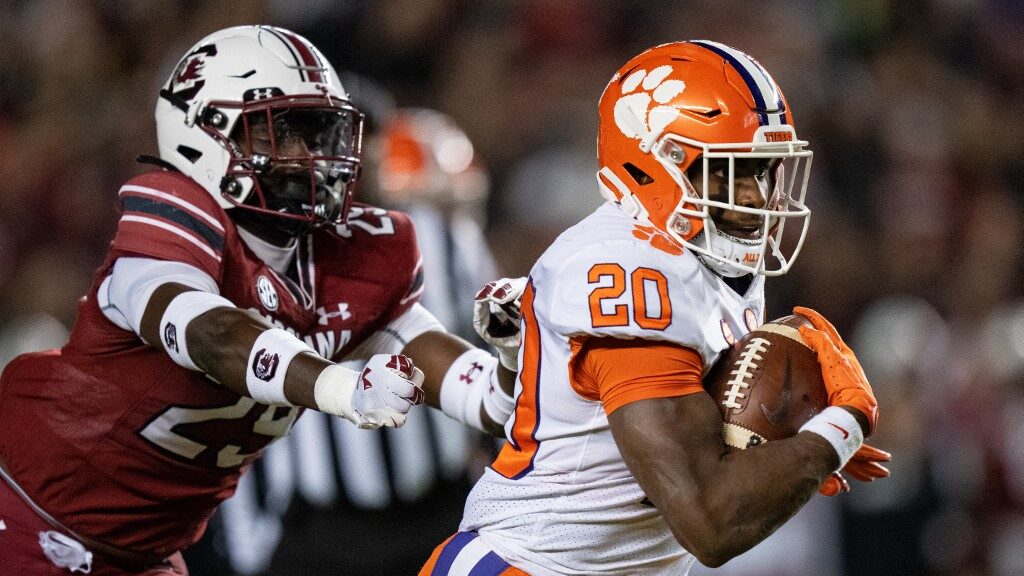 NCAAF Week 13 Parlay at (+257): Clemson to Run Over South Carolina in Blowout 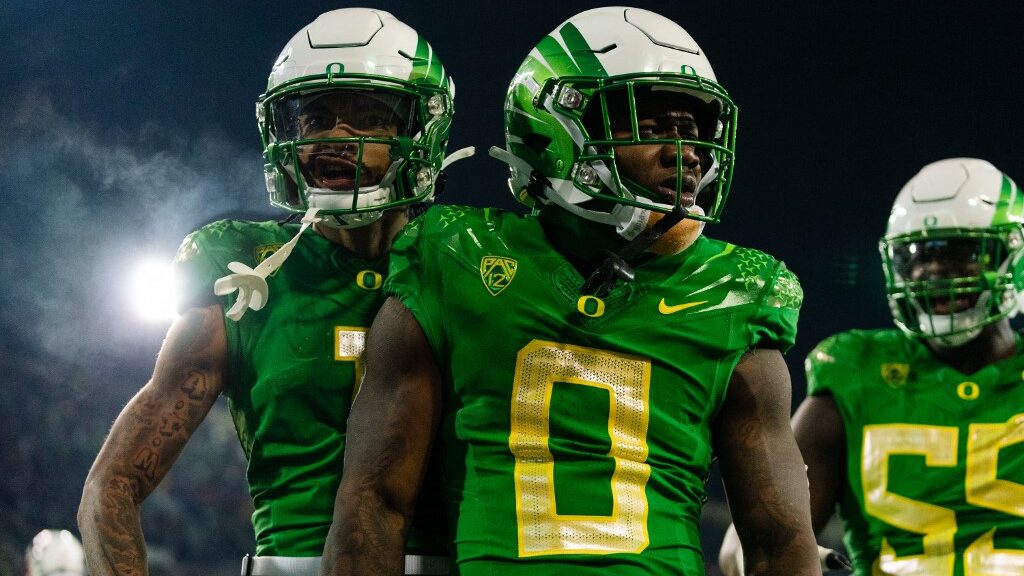 If you are looking for what the college football experts have to say about a slate of Saturday college football games, or any other day for that matter, then look no further. You have come to the right place because here at Bookmakers Review (BMR) we make it our business to provide our readers with detailed analysis from some of the best college football handicappers in the business. You will find their free NCAAF picks right here, every day during the college football season.

Moreover, we will be among the first with breaking news that will impact the college football games that you bet on. This can run the gamut from suspensions, injuries, depth chart moves, weather reports, and even coaching changes. All of these factors can be the difference between betting knowledgeably or wagering blindly. It is of utmost importance that our readers stay informed and that is exactly what we do throughout the college football season.

And not only do our college football experts reveal which team they believe will win the game, what is even more important is that these are college football picks ATS, meaning they are picked against the spread. If you are unfamiliar with the point spread and how it is used in a college football bet then allow us to provide you with a quick primer.

What is ATS Betting?

As previously stated, ATS means Against the Spread, and the spread is the way the bookmaker evens the playing field. For instance, this past year in college football, Alabama was a juggernaut and rolled over virtually every team they played. When the curtain closed on the 2020 college football season, the Crimson Tide delivered a perfect 13-0 record, won their college football conference – the vaunted SEC – captured the national championship, and defeated every team they played by double digits except one.

Therefore, if the online sportsbooks allowed their customers to bet Alabama straight up, without any point spread, well let’s just say there would be no online bookmakers left to take any bets this season! And thus, we have a point spread which is a handicap to a superior team that allows an inferior opponent to be able to compete. The bigger the difference in talent between teams the wider the spread. Whether you call it the point spread, the line, or the college football odds, makes no difference, it is all the same thing.

And to cite an example, on the first game of the season Alabama was a 29-point favorite over their SEC rivals, the Missouri Tigers. Predictions ranged from Alabama rolling over the Tigers, despite it being played in Missouri’s backyard, while others believed the Tide would have their hands full and would likely win the game but certainly not by more than 29 points.

When the dust settled, Alabama did win the game but not by enough to cash for all of those who included the Crimson Tide in their college football picks. The final score was Alabama 38 – Missouri 19 which means the Tide only won by 19 points and not by more than 29, giving all of those who included Missouri in their college football picks a winning ticket!

And that is really all you need to know about the point spread but it doesn’t cover all of the different wagers you can make. Let’s talk about that next!

Sides, Totals, Parlays, and Futures – What’s It All About?

The expert picks you will read here at Bookmakers Review will be primarily about sides (which team, or side, will cover the point spread) but the college football predictions at this site can run the gamut from not only sides but totals – commonly known as the over/under.

The total is simply a number put out by the oddsmakers that reflects their opinion of how many points will be scored by both teams in a particular game. In the Alabama/Missouri game we previously discussed, the total set by the oddsmakers was 55 ½ which meant the bettor could wager either over 55 ½ or under 55 ½. Once the game ended, Alabama had won 38-19 which means there were 57 points scored and all of those who bet over 55 ½ in their college football picks won their bets!

Parlays are just multiple bets wrapped up as a single bet. Think of a parlay as a burrito. You have your protein, refried beans, salsa, shredded cheese, guacamole, and whatever other ingredients you prefer. But in order to keep it together, you must wrap all those ingredients in a tortilla. A parlay is like that because if you win all the bets within it, you win much more than if you bet all of those bets individually. But if you lose just one, you lose the entire parlay.

For instance, if you made three bets for $100 each, risking $110 each (including the 10 percent vig) and all of them won, you would win $300. However, if you wrapped those three bets inside a parlay then you would risk only $100 (no vig in a parlay) but would win $600 if all three covered the point spread.

Future bets allow you to have action all year long. Essentially you are betting on a team before the season begins to win either more or less than the total wins put up by the oddsmakers. Last season Alabama had a regular-season future win total of 10 ½ which means the bettor could have bet over or under 10 ½ wins in what was an 11-game schedule including the conference championship.

As we all know by now, those who bet over 10 ½ in their college football picks were rewarded when Alabama finished their regular season at a pristine 11-0 and then went on to win two more games during the college football bowl season which secured the Tide the national championship. But you can also take a look at the odds on each team to win their conference and even the national championship.

Remember, the college football season kicks off on August 28, 2021, and the regular season is officially over on December 11, 2021. But the college football bowl season begins on December 18th, 2021, and ends on January 10th, 2022. There is a grand total of 44 bowl games this season and the teams with the best records will be getting invited to the more prestigious bowls.

Without further ado, let’s identify the Power 5 and highlight those schools that are likely to be in the national championship conversation – or at least the Top 25 – in the 2021 season!

There are two divisions, Atlantic and Coastal, comprised of seven schools apiece for a total of 14 teams. Last season, during the global pandemic, was different as Notre Dame was invited in after they needed a home due to their status as an independent. But the conference will be back to normal for the 2021 campaign and the top teams to watch are the powerhouse Clemson Tigers with teams like North Carolina, Louisville, Miami, and Pittsburgh that could surprise.

Many of the college football predictions you will read about here at BMR revolve around the Power 5 conferences and few get more attention than the Big Ten. Teams like the Ohio State Buckeyes, Penn State, Michigan, Michigan State, Iowa, Wisconsin, and Nebraska to name half of the 14 teams in the Big Ten are all teams to keep an eye on this year.

Ironically, the Big 12 has 10 teams while the Big Ten has 14 teams. It can all be very confusing but because conference names don’t change yet teams come and go from those conferences, the number of schools residing within those conferences can fluctuate. The Oklahoma Sooners, Texas Longhorns, and Iowa State Cyclones will likely be vying for the Big 12 crown this year.

These West Coast teams highlight the Saturday night games we all look forward to throughout the college football season and don’t be surprised if teams like the Oregon Ducks, USC Trojans, and the Washington Huskies make noise this year and find a home in the Top 10 at season’s end. Could one of them be a College Football Playoff entry?

The SEC sits at the apex of the Power 5 mountain and is led by a perennial contender, Alabama, coached by the incomparable Nick Saban. But the Crimson Tide aren’t the only team to worry about in this storied conference because the Georgia Bulldogs, Florida Gators, Texas A&M Aggies, and LSU Tigers will likely be knocking at the CFP door as well.