Analytics Capper said:
Tyrod is back for Houston today which gives them a much needed lift on the offensive side of the ball. Davis Mills went 0-6 as a starter. Tyrod is a threat in the end zone to keep it and run as well which makes it hard for the defensive schemes to zero in on one facet of the Houston Texans' attack. The Dolphins were supposed to take another step forward this season but their defense is not as good and Tua hasn't progressed as expected. Without him in the line up I actually like Brissett better but I believe the team has already mailed it in. I look for Houston to cover and win this game outright as the underdog.

Two of the better teams in the Eastern Conference square off tonight. I think we see an exciting game and we see some offense.

I love what the Jayhawks did in recruiting and in the portal during the offseason. I think they are laden with talent and experienced talent. They should outmatch a Michigan State team, where Coach Izzo has not fared well against ranked opponents in November and December. 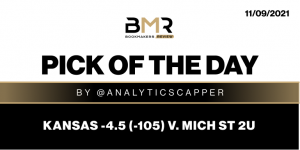 Both teams are sitting at 5-4 but are moving in opposite directions. Kent have won the last 2 games and I think they continue their streak tonight. 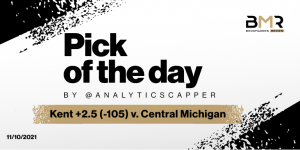 Both teams are playing great but I like the Bruins in the spot at home.

Early start. I think the teams will have difficult scoring. Good spot for the under here. NE lost their best player to Michigan State (transfer) and it'll take a few games to adjust.

She’s in good form. I like this spot for her. Rave reviews out of Calvillo’s camp all week. 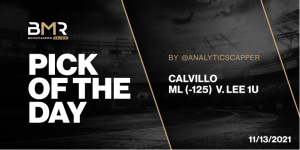 Bounce back spot for the Bills after last week's disappointing and embarrassing loss. Mike White has the Jets' offense clicking for the first time all year.

Hawks have been struggling all year but their strength of schedule has been really tough. Even when they play well, Atlanta doesn't cover on the road. But they are an elite home team. I think we start seeing the Hawks start streaking. They beat the Bucks by 20. They should beat the Magic by 20. 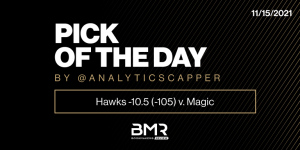 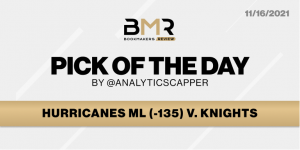 Love the spot for the home team today. Haven’t been playing well but this is a good bounce back opportunity against the Blackhawks. 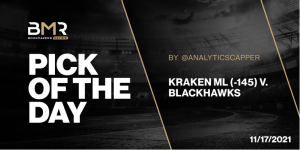 Great spot here for Ja Morant and the Grizzlies at home. 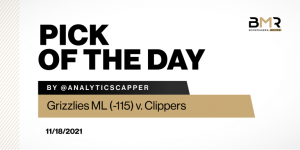 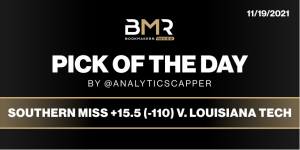 Not a big fan of Mertz this year. Too many points to expect him to cover. 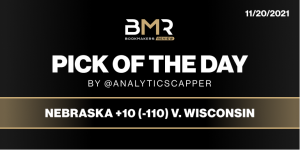 Not only is Lamar out for Baltimore which is a significant loss for the Ravens, but I liked this spot before the injury news. Justin Fields has been playing much better recently and is making strides as a starting QB in this league. I think Chicago covers and wins the game outright today. 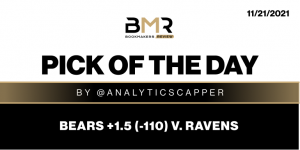 Ohio State has been a mediocre team this year. I like Seton Hall to win and cover, as they've been playing much better.

Great spot here for the Stars who have been playing better as of late.

Lakers are on a second night of a back to back. I expect players will sit out or not play their full minutes. The Pacers have been playing much better basketball as of late, winning their last two, and also getting much healthier. Rick Carlisle will always have his team prepared and I think this could be a look ahead for a team like the Lakers. Great spot for the home team tonight. 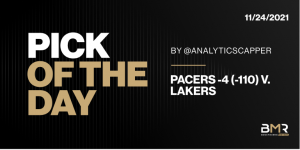 My friends at BMR have more free picks available, check them out in the link below. Let's goooo!

The vastly superior team. If they play sound basketball, they should take care of business and win comfortably. 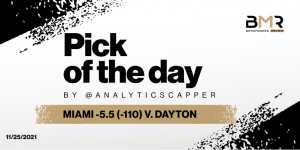