Marquee Saturday matchup between two of the best in the East. I expect a close game, I give the Knicks a bit of an edge actually- but passing on 5 points would be a sin. Let’s win our 6th in a row Fam. 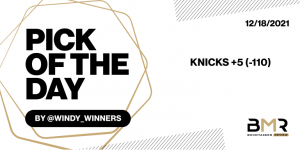 We finally lost yesterday, but love our chances of starting a new long winning streak tonight.The Lakers have looked very beatable all year, especially on the road. The Bulls on the other hand have played their best basketball at home, and are fresh off a LONG break due to an abundance of Covid protocol victims. Look for the Bulls to cover the number tonight. 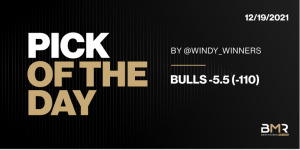 With the Bears having extreme Covid woes, Kirk Cousins and the Vikings get quite the Christmas present. They will be facing PRACTICE SQUAD players in the secondary. While I’m not confident enough in Minnesota to lay 6.5, I am confident that they will put up points. I am also confident the Bears will manage to put up some points now that virtually all pressure is off them in a lost season. Check other free picks in the link and let’s cash! https://www.bookmakersreview.com/nfl/picks/

Minnesota has been playing great basketball as of late, look for it to continue tonight in Dallas. Check the odds for the game by clicking the link and let's cash! https://www.bookmakersreview.com/nba/odds/ 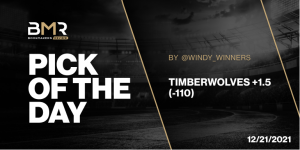 OKC is absolutely terrible, however they have scored the ball very well lately. Denver has been doing the same (as they always do). I made this game at 215.5 so this number is a no brainer for the over. Check the odds for the game in the link and let’s get it! https://www.bookmakersreview.com/nba/odds/

Tennessee’s offense has struggled mightily since losing Henry. SF is also a far cry from the SuperBowl offense they had a few years ago. This one may go over for the full game, but look for a low scoring first half & an easy cash for us.

This is a rare spot where I’m on a team that is playing the second leg of a back to back. Why? This is because the Atlanta Hawks are literally barely able to suit up the qualifying roster as they are decimated by Covid Protocol. The Bulls are no strangers to this problem having just emerged from the same woes. This is a well rested team thanks to such things, so despite it being their second game in a row, they handle the decimated Hawks tonight by more than 4. Good to be back after Christmas break! Let’s light it up!

Washington has played great ball against eastern conference foes so far this season. Miami has been playing like a middle of the road team the last few weeks, and while I do value the way Miami plays (lead the league in charges taken), I don’t see how Washington doesn’t keep this close. Take a look at the odds in the link and let’s keep winning! https://www.bookmakersreview.com/nba/odds/

This Bulls team has simply been a covering MACHINE. I miss the first month of the season when they were a plus money dog on a nightly basis. They have only won a game & failed to cover ONE TIME in their last 5 wins. That trend is even crazier on the season as a whole, however when it comes to handicapping—recency matters big time (especially in the NBA). I hate to lay 8 points fundamentally, however this team simply cannot be passed on. Let’s cash again! 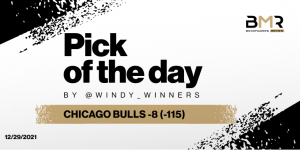 Philly has been playing very pedestrian ball as of late / really the entire season. 5.5 is a small price to pay for a Brooklyn team that has been playing their best basketball of the year as of late. Let’s keep this scorcher going! Check the odds here: https://www.bookmakersreview.com/nba/odds/ 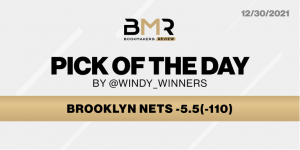 This is one of the less complicated picks you’ll see. This matchup is about as even as it gets (as far as stats that matter when handicapping), so passing on 7.5 points (a very key number as a handicapper) would be a sin. Well pocket the 7.5 points and hopefully cash yet another ticket! 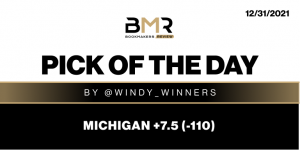 The Timberwolves have been one of the best in the NBA at covering as an underdog (when they are getting points). We have gone 4-0 this year taking them in such positions, and we’ll likely be in good shape doing so again tonight against the pedestrian Lakers. Let’s keep winning! 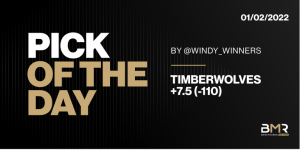 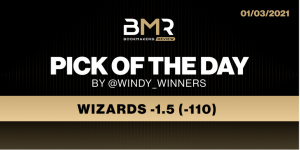 New York has consistently been one of the best home teams in the league in the Tom Thibodeau era. Tonight they welcome the Pacers to the garden in what should be a pretty good game. New York has the edge in just about every analytical stat that matters in this one. Julius Randle stretching the floor should throw a big time dent in Indiana’s rim protection, which will open up lanes for Kemba & Co to slash & score—a much more effective way to win a game than launching as many shots as you can. Knicks -3 should give us an easy ticket to the window. 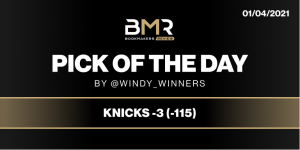 The Wizards have been playing great basketball of late & really all season long. Tonight they enjoy their home court against the lowly Houston Rockets. This should be another easy winner. Let’s stay hot!! Find the best odds here: https://www.bookmakersreview.com/nba/odds/

This team has been a covering machine despite not covering on both of DeRozans game winners last week. This team especially at home is just a cash machine this year. No choice but to ride them here. Let’s get it.

You see great teams in this league every single year. What is a little less common however is a consistently great regular season team. That’s what you have in the Chicago Bulls. This team doesn’t take nights off, and even when stars have been out, or even just off, someone always steps up with this team. At -1.5 we are barely outside of a straight up Moneyline play, so aside from the numbers I do see old fashioned value in this one. I hate to give them out once again—but this is not a homer pick, nor is it any sort of allegiance. That kind of thing will lose you a lot of money very fast in this game we play. The Bulls -1.5 is simply a must-play, and that’s where you’ll find most of my money tonight. 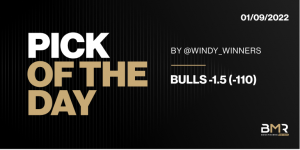 Yes, it’s Nick Saban. Yes, it’s the Crimson Tide. However, they are missing one of their most important offensive weapons. Sure, it’s just one player. In the National Championship however, the smallest missing pieces are magnified under a metaphorical giant microscope. This is even more so the case when you factor in the fact that the Crimson Tide will be going up against one of the best defenses in College Football history. COLLEGE. FOOTBALL. HISTORY. Clearly I’m on the side of Georgia here, but an important mistake to avoid is betting big just because it’s a big game. Save the “big game” factor for your watching experience, and keep that far away from your bankroll. I’ll be playing this for just a little bit over a single unit. Get the odds in the link and let’s bounce back today yall! https://www.bookmakersreview.com/ncaaf/odds/ 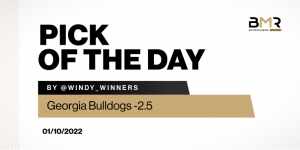 The Suns have been one of the most consistent covers in the NBA this year. They really just do not take many nights off (if any at all). To get them at a price of 4.5 is almost impossible to pass on, combine that with the fact that they are pretty well rested & we have ourselves a strong play.

This number is inflated due to both these teams possessing high powered offenses. While that is the case, the Bulls are on the second night of a back-to-back. This generally leads to less scoring not only because of fatigue, but also because starters can’t play as many productive minutes due to fatigue, leading to more bench play, and inevitably, less scoring. Another factor here is that when the top 2 teams in a conference face off, you don’t typically see a shootout. Teams (especially the bulls) instead bring their A-game to the defensive end. While the Nets probably don’t even have a defensive A-game, this number is high enough for that to not matter. Tough loss last night by HALF A POINT with the Suns, let’s wash that taste out with a winner here.