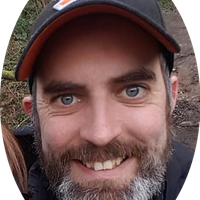 The reigning Superbowl champions travel to Indy to take on one of the top form teams in the league as the future MVP takes on the league rushing leader and probably OPOY candidate.

Having won on Monday night the Buccaneers come into this one around a field goal favorite according to the NFL spread lines on this game with a high total above the 50 point mark on Sunday afternoon.

Can the Bucs Keep On Winning?

It’s been a rough month for the current champs as they lost in division to the Saints, and then suffered a surprise defeat to Washington as they returned from their bye week, but they righted the ship with a predictably comfortable win against the Giants on Monday night to get back on track.

They’re still atop the NFC South and sit 1.5 games clear of the Saints so the division shouldn’t be in doubt but they’ll be looking to get the #1 site on this side of the league so need to rack up games to keep up with the Cardinals above them.

Tom Brady is rightfully the current favorite for the MVP in a year where no player is blowing the league away, he leads the league in TDs thrown, sits 2nd in yards and 3rd in QBR this year, not bad for a man setting records by the day for playing at his age.

They will be hoping for Antonio Brown to return from injury this weekend, he may be a little crazy but he helps the team when he’s out there, having another stud alongside Chris Godwin and Mike Evans who both found the endzone this week is good for any QB. Rob Gronkowski returned to action on Monday too to give Brady another safety net.

Leonard Fournette likely leads the team in carries but Ronald Jones received more action than expected this week so it may return to being more of a split backfield providing they limit the fumbles.

The Bucs run defense has been one of the best in the league for years now, but with the loss of Vita Vea others will have to step up to fill that very large hole.

The key to the Colts winning run has been Jonathan Taylor who now leads the league in rushing yards after yet another 100+ yard performance against on Sunday making it 5 instances in 6 weeks after he racked up 5 total TDs in a game, becoming the first player to do so since Kamara did at Christmas last year, making it eight games in a row with a score in the process.

He made it eight games in a row with over 100 scrimmage yards against a supposedly good Buffalo Bills defense, so it’s hard to suggest he’ll struggle against any team in the league, but this will be the toughest test he faces all season. I’m always going to think good offense beats good defense but it will be an intriguing matchup.

The dominance of Taylor and the offensive line have made it easy for Carson Wentz who only threw 20 times for 106 yards at the weekend. He does have weapons for him and the connection with Michael Pittman has flourished in recent weeks, so if the need arises for the passing game to step up they should be able to move the ball against a poor Bucs secondary.

Who Comes Out Victorious?

This is probably the game of the weekend in terms of talented teams facing off against each other, both have post-season aspirations and the Colts might even have an eye on the AFC South after the Titans’ shock loss to the Texans at the weekend.

The key to the game will be Taylor vs. the Bucs run defense. The coaching on both sides of the ball is top 10, so it will be very interesting to see how both teams go here and half-time adjustments might prove to be key.

It could go either way, however, I think the Bucs are able to slow Taylor, and doing that should win them the game.