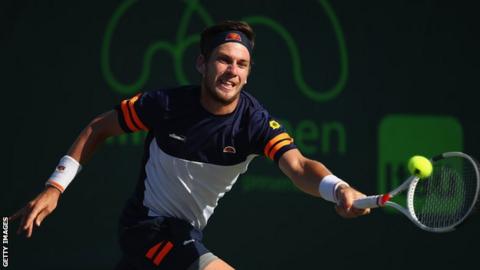 Cameron Norrie is set to improve on his career-high ranking
Britain's Cameron Norrie reached the quarter-finals of the Lyon Open with a second straight-set win in a row.

Norrie controlled the opening set and earned the break in the second, sealing the win with his first match point.