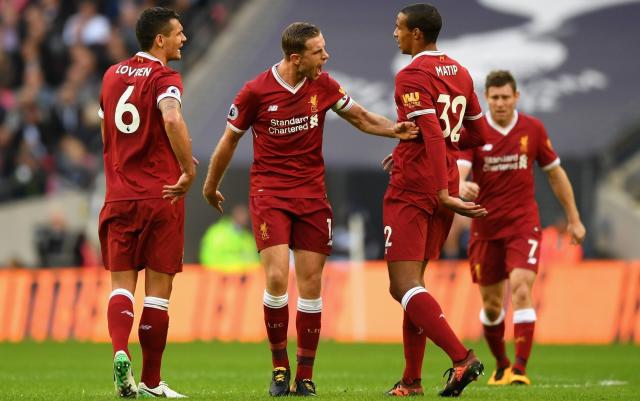 Joel Matip could be Liverpool’s only fit and available centre-half for next week’s Champions League meeting with Bayern Munich.

Manager Jurgen Klopp has confirmed Dejan Lovren has not travelled with the rest of the squad for warm-weather training in Marbella, and faces ‘a race’ to make the round of 16 tie. Lovren is still recovering from a hamstring problem.

Virgil van Dijk will serve a one-game suspension in the first leg at Anfield. Joe Gomez is still absent for the foreseeable future having undergone further surgery on a fractured leg.

That means Klopp must again consider using Fabinho at centre-back, a position he filled against Brighton in the Premier League recently. It will not be ideal, with the Brazilian in an excellent run of form over the last few months in his favoured central position.

“Dejan is not here and Joe (Gomez) is not here,” Klopp told club media upon arrival in Spain. “That’s never a good sign, I would say, but we will try everything to make Dejan available for Munich. It will be a tight race.

“For him, it makes sense in the moment to be in another place to do what he has to do. It wouldn’t have helped if he was here, so we will try everything – that’s clear.”

Liverpool play Manchester United next in the Premier League seeking to return to the top, five days after Munich’s visit.