Leicester City announced on Sunday that Vichai Srivaddhanaprabha, owner of the club since 2010, passed away in the tragic helicopter crash outside the King Power Stadium on Saturday.

Srivaddhanaprabha was one of five people onboard the aircraft when it crashed to the ground shortly after taking off. None of the five survived. The other four are believed to be members of his staff, Nursara Suknamai and Kaverporn Penpare, pilot Eric Swaffer and passenger Izabela Roza Lechowicz, according to Leicestershire Police.

“The primary thoughts of everyone at the Club are with the Srivaddhanaprabha family and the families of all those onboard at this time of unspeakable loss,” the statement read.

“In Khun Vichai, the world lost a great man. A man of kindness, of generosity and a man whose life was defined by the love he devoted to his family and those he so successfully led. Leicester City was a family under his leadership. It is as a family that we will grieve his passing and maintain the pursuit of a vision for the Club that is now his legacy.” 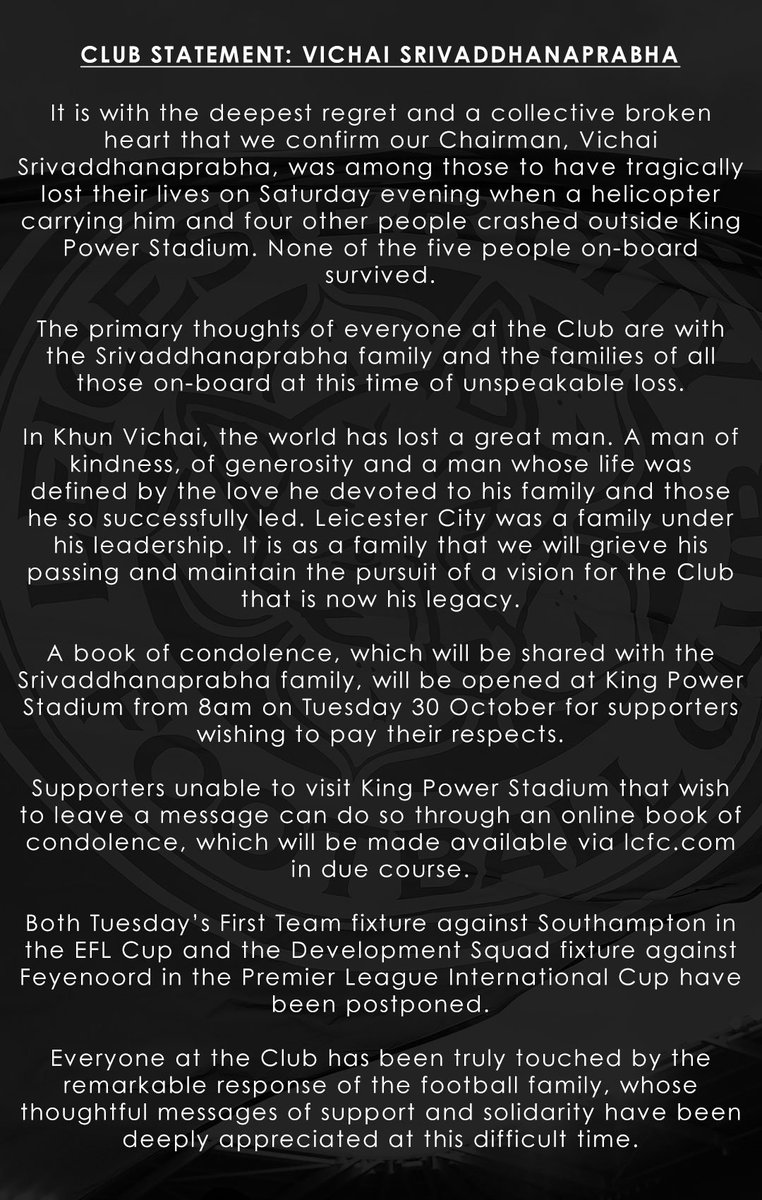 ​
Thousands of mourners — many supporters of the club, some not — flocked to the King Power on Sunday to grieve the heartbreaking loss of lives.

Leicester were scheduled to face Southampton in the EFL Cup on Tuesday, but the game has been postponed.

What a tragic story!
Email BMR support at: support@bookmakersreview.com