Chelsea vs Manchester United, FA Cup: What time is kick-off 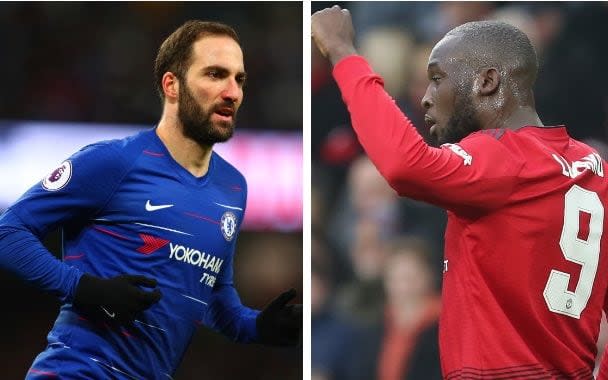 Chelsea have no fresh injury concerns ahead of Monday's FA Cup fifth round clash with Manchester United and will give a late fitness test to Ruben Loftus-Cheek.

Blues midfielder Loftus-Cheek missed Thursday's Europa League trip to Malmo having suffered a recurrence of his persistent back problem.

Left-back Marcos Alonso could return after being omitted from Maurizio Sarri's squad for the trip to Sweden.

Provisional squad: Kepa, Caballero, Azpilicueta, Zappacosta, Emerson, Alonso, Christensen, Luiz, Rudiger, Ampadu, Jorginho, Kante, Barkley, Loftus-Cheek, Kovacic, Hudson-Odoi, Willian, Hazard, Pedro, Higuain, Giroud.
Manchester United
Jesse Lingard and Anthony Martial will both miss Manchester United's trip to Chelsea in the FA Cup fifth round on Monday evening.
Lingard (hamstring) and Martial (groin) both went off injured during the midweek defeat to Paris St Germain in the Champions League and United interim manager Ole Gunnar Solskjaer expects the pair to be sidelined for two to three weeks.
Antonio Valencia and Matteo Darmian are the only other absentees because of minor injuries.
Provisional squad: De Gea, Romero, Grant, Dalot, Shaw, Young, Jones, Bailly, Smalling, Lindelof, Fred, Matic, Herrera, McTominay, Pereira, Pogba, Mata, Sanchez, Lukaku, Rashford, Chong, Gomes.
[h=3]What are they saying?[/h] David Luiz
"We lost against maybe the best team in the world at the moment in Manchester City. They were better than us from the beginning to the end," he said.
"We lost a few matches because it is part of the process. The teams that are at the top of the table now are ones with managers who have been there for more than three years.
"There is a big difference when you have already understood everything, it is much easier to play football. I think we are in the right way to still improve to become a fantastic team."
Ole Gunnar Solskjaer
"In '99 we beat them down at Stamford Bridge to get to the final. And we beat Arsenal and Liverpool as well.
"We did it the hard way then and we'll have to do it the hard way again if we want to get to the final. I'm looking forward to it."
[h=3]What are the best odds?[/h]
[h=3]What's our prediction?[/h] This is likely to be a tight game with few goals, particularly with the absences of Jesse Lingard and Anthony Martial. We're expecting a narrow Chelsea win. Chelsea 1 Man Utd 0.
You must log in or register to reply here.
Share:
Facebook Twitter Reddit Pinterest Tumblr WhatsApp Email Share Link
Find a Sportsbook
Rating Guide
Best Sportsbooks
Best For New Bettors
Best For Live Betting
Best For Bitcoin
Best For Professionals
Free Sports Picks by League