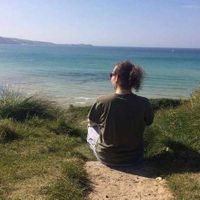 I understand entirely that boxing purists are becoming tired of MMA fighters thinking they can crossover into a boxing ring, and their skillset will automatically transition. Still, Vitor Belfort owns an exciting stance, unlike the majority who fall into this category. The former UFC 12 tournament winner and UFC light heavyweight champion briefly exited the mixed martial arts world in 2006 to compete in a professional boxing bout.

This was way before the MMA to boxing trend had begun, and Vitor was in the fighting prime of his combative career. A knockout victory in said bout has left Belfort with a 1-0 boxing record but taking on a former boxing champion and legend of the sport could prove difficult.

Triller Fight Club will chaperone the return of former heavyweight champion Evander Holyfield, but can the near-60-year-old compete at a level even close to what we once witnessed. Evander "The Real Deal" Holyfield has undoubtedly etched his name in the boxing history books. But a 10-year absence since his last professional bout and a 15-year time frame since he previously looked competitive leaves a lingering apprehension that he may've bitten of more than he can chew.

Age aside, pictures and training footage have revealed the physical shape of Holyfield is fight-ready and he's been determined for a return fight for some time now. He'll own the boxing knowledge advantage, but can his hands ride in unison with his brain?

The bookmaker's opening odds saw Vitor Belfort claim a significant advantage in terms of price, but the betting public has driven the Brazilian's betting line into an underdog position. People evidently believe Holyfield can keep up with Belfort, even with a 14-year age gap separating the two. Without any significant fight tape to back up a deeper analysis, predicting the winner of this fight is nothing more than a coin toss.

So, how do we reach a conclusion for our betting slip this weekend? We bet the number! Oddsmakers are significantly sharper when it comes to sports predictions, and the public has dictated the current betting line. As Belfort opened as the favorite and is now holding a positive return on investment, he's the no-brainer betting choice for this weekends event.